Jurassic World 2: Raid on the reserve 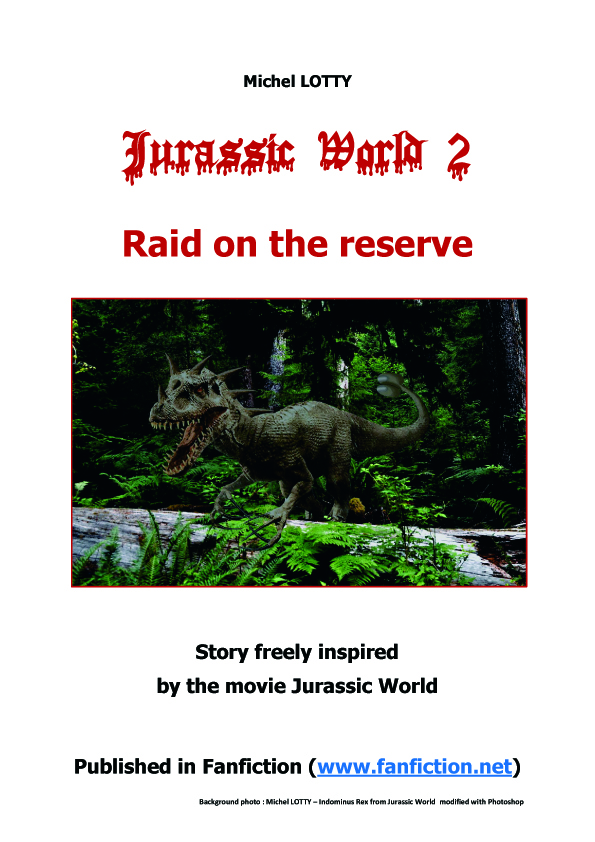 Jurassic World 2 : Raid on the reserve.

Michel published this story in french on the website www.fanfiction.net, between December 2017 and May 2018, just before the release of the film Jurassic World 2 in June.

Through his novel, he proposes another itinerary containing the elements of Jurassic World 1, associated with the theme of “the sixty millions dollars man”.

He has also produced an English version of his work.

The story :
Acquired by wealthy industrialists, the amusement park is transformed into a reserve where animals, predators and prey, will be able to live in complete freedom.
A French, body partially modified, friend of Owen comes to join him.
The two men, whose teams are reinforced by the arrival of a unit of “marines”, will have to face a commando which is introduced in the park to test dinosaurs of combat.
The fight between the two factions will be ruthless.
Some comments from readers:
A French reader wrote: Really nice your story! It is a success at Jurassic World! Nice work, continue like this!
An English-speaking reader wrote: Not bad at all! Well done! God bless: D
Another French reader wrote: I love this story, it is really very beautiful!
Thanks to them for their testimony, while waiting for yours, maybe.